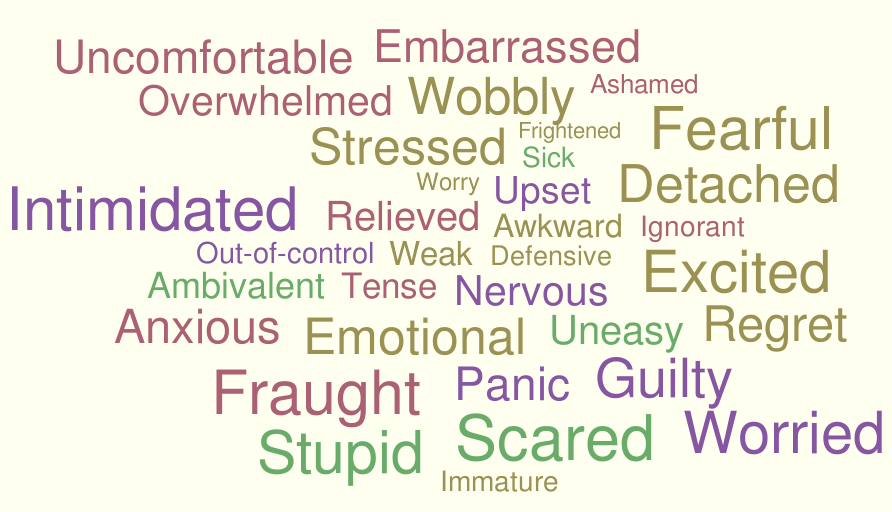 The words ‘money’ and ‘worries’ go together so often they can seem inseparable. For many people, their relationship with money is fraught with anxiety. In Sheconomics we talk about ‘Money Anxiety Disorder’ (MAD) – a fixation with money worries and a persistent sensation of simply not having enough. I also come across something I call ‘net worth anxiety’ – where people assess themselves at a certain stage of life and compare themselves to friends or colleagues or to their own expectations, and feel that they’ve fallen behind.

Money worries can leave you trapped in a relentless cycle of anxiety. Some clients with ‘net worth anxiety’ come to me so focused on regrets that they waste all their mental energy going over what they should have done or achieved in the past. Others are so anxious about money that they can’t face actually dealing with it, so they refuse to look at the figures, leave envelopes unopened and worsen their financial situation through fines and late payment fees. (One client calls this behaviour ‘fruitbowling’ as she stashes unopened bills and bank statements under her fruit bowl!).

I’ve been working with a number of clients recently to help them minimise the power of anxiety over their thoughts and behaviour and to move towards where they want to be instead. The first step out of these traps is to put their theories to the test. One 46-year-old client was feeling anxious, out of control and totally behind where she felt she should be with her money. We examined whether this perception was actually true – assessing the figures for her finances, putting her pension, mortgage and investments into a spreadsheet. The resulting figures were nowhere near as dismal as she had thought. Her relief was palpable.

Another couple felt they were in a desperate position with the husband coming to the end of a work contract and they were worried about how they could manage their life. We tested this by going through bank statements and estimating their current spending compared to their income. We tested the numbers using lots of different scenarios for the future and discovered they could afford to spend significantly more than they had anticipated.

It's great when I can put someone’s mind at ease by demonstrating that the anxiety is a feeling, not a response to a reality. But even when someone’s financial difficulties are as real as they fear, it’s important to move forward by asking how we can enhance their net worth and work towards their life goals, rather than draining energy going round in endless circles of anxiety and regret. Here I often work with the concept of the ‘slight edge’ based on the book by Jeff Olson – it’s a simple principle that demonstrates how small changes have a compound effect and make a big difference over time. We don’t often associate being in order and control with freedom, flexibility and fun, but facing up to finances, with small steps and sound planning, can put you back in charge of your life.

I’d suggest these five steps as a route out of anxiety:

1) Test the reality
Put your financial situation into actual figures, set them in a spreadsheet and create a projected cash flow. You may need outside help to do this as it’s hard to see the wood from the trees when you’re feeling emotionally charged. So seek help, whether from financially literate friends or family, or from a professional financial adviser or coach.

2) Focus on what you actually want
Focus on what you want, not what you don't want. Draw a picture of your future vision. Watch this inspiring TEDxTalk with Patti Dobrowolski, who offers an inspiring talk and a great template to help you do this.

3) Have gratitude
Focus on what is good and positive, and let go of regrets. Don’t beat yourself up if you perceive you’ve taken a wrong turning in the past.

4) Commit to action
What steps to you need to take to move towards your goals? Take small steps, embracing the ‘slight edge’ and knowing small actions will cumulate to make big changes.

5) Acknowledge and reward
Appreciate what you have done so far to get where you are. Maybe you haven’t made as much money as you’d hoped, but celebrate what you have gained in your life’s story – your net worth is not your whole worth. A life rich in experiences is another type of wealth.