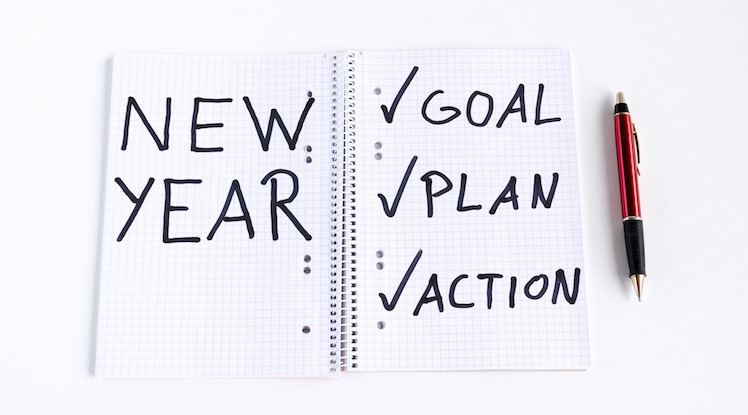 It’s that time of year again – the time of New Year resolutions and goal-setting. This year, though, let’s do something different and focus on habits instead.

Think of a goal as a result you want to achieve. And habits – the things you do regularly without even thinking about it - as the process that will get you there. Of course, goals are crucial in helping you determine the direction you want to do, but it’s far more important to spend time designing the right process.

My work as a financial coach is often focused on working with people who want to change their financial results, sometimes having buried their head in the sand with their finances for several years. This usually involves helping them change their behaviour with money and form new, positive habits that requires small and consistent action – small, because it’s more achievable; and consistent, because this helps habits ‘stick’.

But before you can form good habits, you need to recognise your triggers for the habits you want to change that are holding you back and rehearse different ways to resolve them.

I worked on this with one of my clients. Terri was in her thirties and a high earner but with nothing to show for it. She had been in debt all of her adult life. When she came to see me, her goal was to be debt-free and get on the property ladder. She knew her spending habits weren’t serving her as despite earning more, she was still accumulating more debt.

When leaving work during the evening rush hour in London, the tube station was often packed. Terri would often find herself looking around the shops for half an hour or so until the rush hour eased and she could get on the tube more easily – except that in that half hour, Terri was spending quite a bit of money, as she wasn’t just looking, she was buying.

Together, we decided on a new rule that if there’s a wait at the station, instead of heading to the shops, Terri would walk to the next station. This new habit helped Terri tackle her spending and had the added bonus of helping with her fitness goal as well.

Habits are the things you do on a regular basis; they’re deeply ingrained. If I’m working with someone on behaviour change it means they’ve got unwanted results from their current habits and want to improve the way they’re handling things.

To improve their relationship and results with money, we need to work on their habits. We are setting goals – Terri’s goal was to buy a house – but it’s more important to focus on good habits – the process that will get you there.

Establishing positive habits, such as saving money, can serve you long after you’ve achieved your goal of the specific thing you were saving for, whether that’s a holiday or a house.

With habits, thinking small can be the best way to bring about big change. Behaviour Scientist at Stanford University, BJ Fogg, invented the method of creating Tiny Habits. His philosophy is that motivation is only temporary and the easiest way to make a habit stick is to tack it onto an existing habit. BJ Fogg describes a tiny habit as a behaviour you do at least once a day, that takes you less than 30 seconds and one that requires little effort.

The habit-formation technique of ‘pairing’ is one that I personally use. When I turn on my computer in the morning, I check my bank account online. It’s a manual action but it’s so ingrained in me now that it’s an automatic habit – I do it without thinking.

American author James Clear is also an advocate of tiny habits. His book Atomic Habits concerns how tiny, regular changes can bring about remarkable results in the long-term. He writes: “Accomplishing one extra task is a small feat on any given day, but it counts for a lot over an entire career.” It’s the small decisions made every day that change your results.

I like that James Clear’s book focuses on making habits actionable and easy. He explains why small habits matter: that it’s easier to commit to two push-ups a day rather than a full workout and that the compound effect of this small action over time will lead to bigger change than the two-hour gym session that happens once in January and never again.

I’ve written before, in my blog on Sowing the seeds for financial success, about the importance of narrowing the gap between your actions and your intentions by taking small but real action.

Habits are formed when you take action. And when your action meets your intention – by doing what you set out to do – you increase your self-belief. ‘I can do it, because I just did’.

Forget willpower – good habits, automated, reduce the amount of decision-making you have to do and helps you resist all of those spending temptations.

As James Clear writes in Atomic Habits: “The more tasks you can handle without thinking, the more your brain is free to focus on other areas.”

To form a simple saving or investing habit, you can ‘sweep’ spare change into a separate account. Some banks, such as First Direct, offer a sweeping facility which automatically moves any spare money from your current account into a savings account. Similarly, many banks nowadays offer a ‘save the change’ facility which rounds up your everyday purchases to the nearest pound and saves the spare change into a separate account. That way you can save money without any effort.

‘Don’t Break the Chain’ apps can help with forming new habits and keeping you on track.

With these apps you typically tick off or mark a cross for every day you stick to your habit. The longer the chain becomes, the more it motivates you to keep up your good work!

The point of automating is to ‘set it and forget it’.

So, rather than setting a goal of being debt-free by the end of 2019, you might instead put a few good small habits in place, including:

I wonder what small habits will you put in place this year to help your relationship with money?